Effects of Alcohol on the Body When someone starts out drinking, he or she feels relaxed, confident, happy, sociable… The pleasurable effects of alcohol are undeniable. It makes it easy to forget about the negative effects: slowed reflexes, reduced coordination, warped thinking, poor judgement, impaired memory, impaired motor functions, and plenty more impairments.

Aside from bodily harm, alcohol use has been linked to depression, anxiety, societal withdrawal, violent behavior, an increase in unprotected sex, and increased risk of motor vehicle accidents, suicide, injury, domestic violence, and even drowning. As if that’s not enough, alcohol does unbelievable damage to the body, and not just to the brain and liver.  Virtually every part of the body is affected negatively from excessive drinking.

Let’s discover the truth about what alcohol does to the human body.

From the First Sip

When one consumes more alcohol than his or her body can handle, that person’s blood alcohol level (BAL) increases. How fast a person’s BAL raises, and the effects it has, vary greatly depending on a number of things, including weight, age, gender, body composition, general health, and the presence of other drugs or medications.

Right from the first sip, alcohol affects the body. Starting with the brain, what follows is an explanation of the effects alcohol has on various parts of the body. Hold on tight.

Note: Alcoholism is a disease characterized by: inability to control alcohol use, a need to consume increasingly larger amounts of alcohol, and/or a constant impulse to consume alcohol. If this sounds familiar, please seek professional treatment immediately. With the right help, alcoholism is a 100% curable disease. The amount of damage alcohol causes to the brain is incomprehensible. Those little moments you don’t remember from the crazy night before – that’s temporary amnesia. Keep it up and you can develop Wernicke-Korsakoff Syndrome (WKS), a memory-impairing, vision-and-speech-affecting, seizure-causing disorder. You won’t be able to form new memories. You’ll mumble involuntarily. Your eyes will twitch constantly.

And that’s not all. Drinking releases excess GABA and dopamine, two naturally occurring neurotransmitters. GABA is responsible for calming the brain down, and dopamine is responsible for pleasure, a part of the brain’s reward system. Too much of these neurotransmitters can lead to shortness of breath, high blood pressure, increased heart rate, night terrors, delusions, hallucinations, spasms, and increased levels of both aggression and depression.

Drinking also releases endorphins, which are similar to neurotransmitters except they carry natural pain-reducing chemicals instead of ‘messages’. Endorphins are normally released upon rewarding actions, such as exercise, sexual activity, eating, etc. Too much endorphin release can cause depression, lower sex drive, low testosterone, infertility, and extreme fatigue, among other complications.

My oh my, how the liver takes a hit when you get drunk. Your liver is where alcohol gets metabolized if and when you drink more than one drink per hour, on average. Let’s face it – that’s extremely slow even for a casual drinker. The liver turns alcohol into something called acetaldehyde, which is toxic and can cause cancer. Anyway, let’s start at the start. Click here for more information about how alcohol ruins the liver.

Excess drinking causes the liver to accumulate fat, which can lead to fatty liver disease. A liver that has become clogged with fat cannot perform at an efficient level, which affects the rest of the body. Fatty liver disease, (extremely common), can lead to inflammation of the liver, which is known as alcoholic hepatitis, (more common than you think).

Excessive drinking, especially with alcoholic hepatitis, can also lead to cirrhosis. Cirrhosis of the liver happens when liver cells become so damaged that they cannot regenerate. Once cirrhosis has occurred, if a person does not stop drinking, they will experience liver failure which is extremely fatal. Liver cancer is a common outcome of drinking with cirrhosis.

According to non-profit website Breastcancer.org, “Research consistently shows that drinking alcohol beverages… can increase levels of estrogen and other hormones associated with hormone-receptor-positive breast cancer.” It only three drinks a week for a woman to have a 15% higher risk. If that woman is fifteen years old or younger, her risk is tripled.

Excessive alcohol use is a common cause of pancreatitis, or inflammation of the pancreas, and it is major risk factor for pancreatic cancer. Heavy drinking also impairs the pancreas’ ability to produce insulin, which can lead to diabetes.

Heavy drinking can be very hard on the heart. It causes cardiomyopathy, which is the stretching and drooping of heart muscle. It causes myocarditis, which is inflammation of the heart muscle, and it also causes arrhythmia, which is irregular heartbeat.

When alcohol is consumed, it raises blood pressure and blood lipids. This increases the risk of heart attack, hypertension, raised cholesterol and stroke.

Excessive drinking can accelerate the rate of bone deterioration and increase the risk for bone fracture and osteoporosis. Calcium is necessary from strong, dense bones and when alcohol is consumed it acts as a diuretic and flushes calcium from the bones making them weaker and more susceptible to fracture.

Alcohol affects the central nervous system, causing many short-term effects like slurred speech, blurred vision, weakened muscles, decreased reaction time and impaired memory. When alcohol is consumed excessively, it can cause cell damage in the central nervous system, creating a condition known as neuropathy. Neuropathy causes alternating feelings of weakness, burning, pain and numbness in the feet and hands.

Alcohol consumption, whether excessive or long-term or both, causes what are known as adenomas in the colon. These are tiny and benign tumors, and are harmless at this stage. However, adenomas can develop into polyps, which are larger and can be pre-cancerous.

Alcohol is not friendly to the body. While your mind may find its effects fun, your body does not. Hangovers are still not completely understood by science, which cannot be good. Blackouts are extremely common, and are actually bouts of amnesia. Alcohol poisoning is rampant, and more than ten types of cancer can be caused by excessive drinking.

If you or a loved one is dependent on alcohol, please, seek immediate professional help.

Check out our list of the Top 10 Alcohol Treatment Centers in the USA.

References and a special thanks to the following sites: 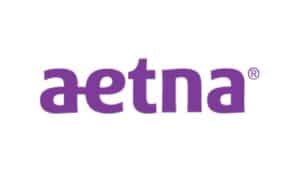 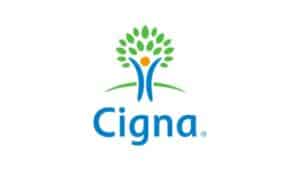 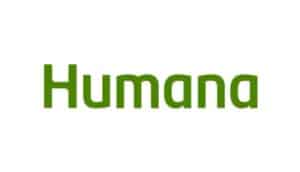 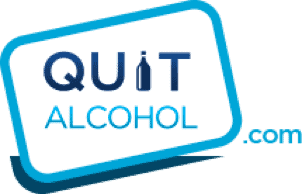 Quit Alcohol's helpline is a private and convenient solution for those seeking treatment for addiction or mental illness. Calls to our helpline (all non-facility specific numbers) will be answered by a caring rehab advisor from Treatment Addiction Solutions or one of our verified treatment partners. Calls are routed based on geographic location and will help you navigate:

Our helpline is available 24 hours a day, 7 days a week at no cost to you and with no obligation for you to enter into treatment. In some cases, Quit Alcohol charges our verified partner a modest cost per call, which helps us cover the costs of building and maintaining our website. We do not receive any commission or fee that is dependent upon which treatment provider a visitor ultimately selects.

Have Questions?
Get Help Now.