How to Hold an Intervention - QuitAlcohol.com

How to Hold an Intervention 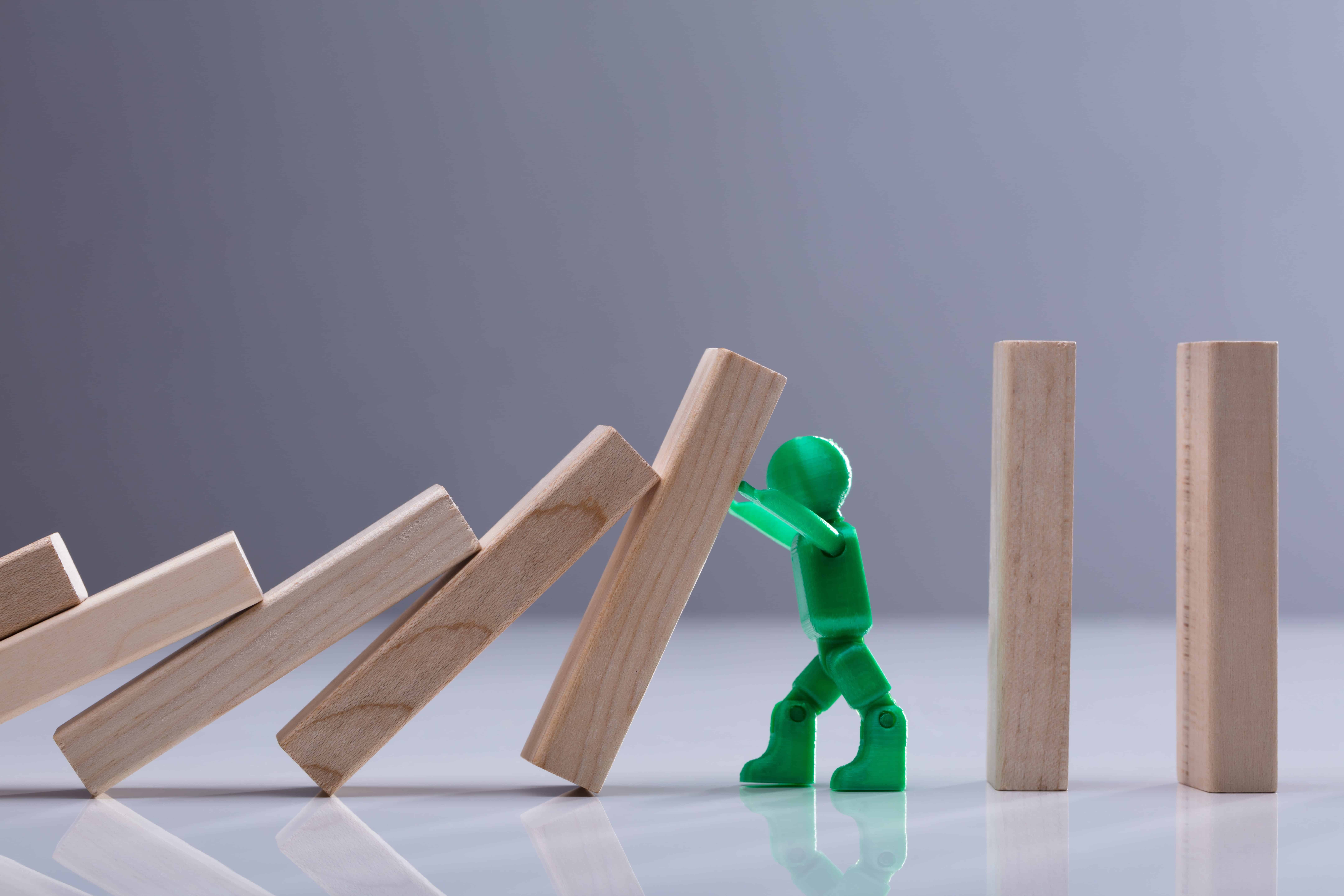 The feeling that it might be necessary to hold an intervention in order to address concerns about someone who has an addiction problem can seem troubling. When a loved one or friend needs help, you want the best for them. Making the leap from worrying about a person to starting a structured process of intervention, however, calls for more than just sitting them down and presenting them with tough love. Before you hold an intervention, it’s important to think hard about why and how you’ll do it.

As tempting as it might be to try to speed the process up, you should slow down and invest time into making sure you understand the full scope of whatever problem might be going on. For example, dealing with a self-medicating individual who might need to go to treatment in a dual-diagnosis program is different from addressing the concerns of someone whose addiction patterns arise from social drug use. Someone who will have major pain management concerns after treatment ends is facing a different situation than someone who is filling an emotional void. It’s estimated that nonmedical use of pain medications in the U.S. hit 4.3 million people in 2014.

You should talk with a number of people closely involved in the subject’s life in order to make good notes and clear comparisons. It might be surprising to hear what others have to say about a person’s drug misuse, and that information may inform how you choose to proceed.

Bear in mind that destructive behaviors are frequently co-morbid. Those who have problems with excessive alcohol consumption may also take drugs, gamble or engage in unsafe sex practices. The intervention itself shouldn’t try to knock all of these issues out of the park. It should simply offer a chance for someone to hear some outside perspective about how their activities are hurting others and themselves.

One big reason to consider doing an intervention is that social support and peer pressure can be a strong driver for seeking help. For example, only 26 percent of people who misuse alcohol have sought treatment. A small push in the right direction may be beneficial.

Who to Talk With

Getting the most firsthand knowledge about what is going on is critical. The list of people who matter in someone’s life will typically include parents, grandparents, siblings, co-workers, friends and partners. Do not include individuals in the process purely on the basis of their relationship. A sibling who has lived across the country for several years isn’t going to present a compelling set of concerns during an intervention. In fact, inviting someone who isn’t close to the problem may inflame matters.

In setting up an intervention, you’ll want to think seriously about having a professional involved. Not only will a counselor be able to impose a degree of structure on the proceedings, but they can also offer an unbiased viewpoint. This can help families and friends steer clear of talking about grievances and stay focused on expressing concern and support.

You should see the people who will be at your side during an intervention as a team working toward a single goal, helping someone you care dearly about get aid. This isn’t the time, for example, to rope in the close co-worker who has a gift for playing devil’s advocate. An intervention is intended to be a statement of facts and the concerns that accompany those facts, so it’s prudent to narrow your team down to individuals who can stay on script.

There’s a tricky balancing act that comes with trying to time an intervention. For the sake of everyone’s safety, you want to have a fairly high level of confidence that the person you care about will be sober at the time. If you know that they’re a social drug user, you might try to have everyone sit down on a Tuesday rather than on Friday in the runup to the weekend and partying.

It may seem a bit manipulative to do so, but turning everyone’s focus toward a problem following a major drug-related event may help make the point. Discussing concerns following a DWI will give the discussion some extra punch. If the event in question is more extreme, such as a close friend’s drug-related death, you should try to consider how to work that into the conversation without leaning heavily on it.

The comfort of home may seem like a good place to hold an intervention, but it’s wise to handle such loaded conversations in a setting that doesn’t immediately impute memories into the discussion. If you have access to a space that might be offered by a trusted party, such as a church, use that. By working with a professional counselor, those who don’t have access to neutral sites through their support networks can identify a place that fits the bill.

Try to avoid a location that’s less formal and choose one that has little to no nearby foot traffic. Having a conversation in a restaurant, for example, might lead to unnecessary interruptions even if you reserve a private area. If you elect to have food available, try to keep it as minimal as possible.

Sitting down with an individual who has an addiction issue can be nerve-wracking, and it’s wise to have some sense of who will speak and when. Conducting a rehearsal will also allow others to hear what your statements and tone sound like. This can allow you to identify key points and weed out concerns that sound unsupportive or accusatory.

It’s also wise to assign specific topics to the person who might offer the best statement. If a close friend remembers a specific out-of-control incident that happened recently, it might get a better response than having a brother discuss something slightly irrelevant from several years ago. While it’s nice to want to give everyone equal time and turns, remember that this event is about getting the person into a treatment process. Set egos aside and ensure that the strongest speakers get the best chances to explain why they’re worried.

Handling things in turn will tone down the sense that the intervention is about hitting a person from all sides. This can make the discussion more structured. If it seems necessary, ask a professional to act as a referee to see that time requirements are observed and turns are taken in an orderly fashion.

During the rehearsal process, listen for the moments that everyone agrees about how the person in question would respond to a statement. When multiple people who are familiar with the addicted individual agree that a specific emotional response will come from a statement, you can take time to address that point.

When it comes time to sit down and talk about addiction problems and potential treatment choices, the real conversation isn’t going to proceed as smoothly as you might hope. Statements will lead to questions, and it’s important to build in a little response time. This is another reason to have a professional present to act as a referee and move the conversation forward.

Do not ad lib, and make sure that everyone keeps moving forward on script as much as possible. A common defense mechanism among people with addiction issues is to try to rile the group up. The discussion cannot be allowed to go off the tracks, especially if that means pitting people against each other. Having a clear script in place will help you avoid such an adverse outcome.

Any participant during rehearsals who shows signs of shaming, contempt, anger or scheming should be warned. If such warnings are ignored, the group should seriously consider cutting them out of the process. The goal is always to provide a warm and supportive atmosphere where a difficult conversation can be had without fears of endangering critical relationships that will be essential to the process once treatment has ended.

When working with a professional during a rehearsal, you should discuss the importance of body language. People need to present themselves as supportive. That means that people should sit with open postures and not lean back. This will reduce the chances that a signal will be perceived as hostile.

It’s also important to think about what you do and don’t want to say. The goal is to allow the person with an addiction problem to know that they are loved and that everyone is there to support them. This is not the time for grinding axes or raising issues that aren’t settled. Stick with statements that either outline the problem or offer support.

A number of unpredictable responses may come from staging an intervention. From storming out of the room to outright lying, people often act defensively and try to torpedo the process before it really gets rolling. Even if someone is trying to stay fully engaged in what’s being said, hearing so many things at once may lead to a lot of crying or yelling.

This is another reason it’s prudent to have a professional counselor present. As a situation becomes more emotional, it can be hard to work back toward the main goal. If things go completely off the script, someone with experience can help everyone at least find the common thread.

There may also be unforeseen circumstances. For example, some parties may not be able to attend due to transportation trouble. Try to have arrangements made in advance to see that as many people who were included in the rehearsal show up.

It’s prudent to have contingencies in place for what happens after an intervention. If there’s an immediate agreement to enter a treatment program, someone should be ready to provide transportation, get clothes and deal with other logistical concerns. Should the session end without an agreement to get help, someone should still make it clear that when the time comes to get counseling, they’ll be there to make arrangements. The important thing is that supportive people make themselves available to provide practical assistance when the time is right.

A professional can help you address major concerns about safety during an intervention. If those worries are serious enough that law enforcement might be called, thought should go into whether to conduct an intervention and how. Those with major mental health concerns may need to pursue programs covering more than just addiction, and a counselor can provide additional direction as necessary.

It’s important to understand how much effort will go into the intervention process. Even if your loved one chooses to immediately go into treatment, it’s necessary to stay involved and see that plans are followed, schedules are kept and support is provided. Do not allow the lack of immediate results to derail you. Some people may need more than one serious discussion to motivate them to get help. Others may need some time to stew and figure out their options. You should also be aware that relapse is a serious possibility, with between 40 and 60 percent of those addicted to drugs relapsing.

Once someone has realized that there’s a problem, they may still need a moment that drives them toward pursuing treatment. They will remember who was there during the initial intervention, and it’s important to be prepared to provide support should they suddenly come around. By presenting things in a warm and loving manner, you can see that when the time comes for them to get help, they will feel comfortable coming to you.