Alcohol and Suicide – An Unfortunate Relationship

Alcohol and Suicide go hand in hand, a huge problem that can be prevented. One third of all US suicides involve alcohol. That’s 15,000 lives that could have been saved with proper treatment and rehabilitation. An adult alcoholic is 120 times more likely to commit suicide than an adult non-alcoholic. The single most involved factor in suicide… you guessed it. Alcohol abuse is an epidemic. Suicide is an epidemic. Unfortunately, the two are linked in numerous ways, but therefore, treatment for one assists greatly in treatment for the other. 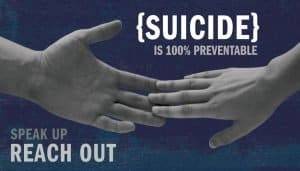 THE PERILS OF DRINKING

One quarter of our population, (approx. 80 million people), reported having binged on alcohol within the last month in 2018. That’s binge-drinking, not just drinking. 280 million of us admitted to drinking within thirty days. Remember these facts as you take this into account: 88,000 people die annually from drinking alcohol. 241 people a day. This does not include vehicle accidents involving alcohol, nor does it include the deaths from alcohol-caused diseases, such as cirrhosis, fatty liver disease, or even hepatitis. It also does not include suicides caused by alcohol, which admittedly is an impossible statistic to record.

RELATIONSHIP BETWEEN ALCOHOL AND SUICIDE

Because alcohol is the most common factor involved with suicide, and because alcohol abusers are so much more likely to commit suicide than non-abusers, it is safe to say that a large percentage of suicides can be prevented by treating alcoholism. Unfortunately, it also proves the relationship between the two.

Because alcohol makes people act more impulsively, previous suicidal thought may evolve into action with the use of alcohol. Because alcohol inhibits the ability to reason, drunken people do not fully realize consequences, and are 120 times more likely to commit suicide. Regular alcohol abuse causes depression, which is the main emotional factor in suicide. Shameful acts are performed while abusing alcohol and these acts may lead to suicidal feelings or actions. Accidental suicide is not to be forgotten about, which includes alcohol poison deaths, and is extremely more likely while abusing alcohol than not. Drinking causes countless issues in people’s lives, and may cause some to believe suicide to be the only option.

Consider this quote from the Montgomery County Emergency Service :

“Alcohol increases impulsivity and decreases inhibition. It increases negative self-image and decreases self-esteem; deepens depression and social isolation; and rises with the amount and length of time alcohol is consumed. Alcohol use fosters either/or and all or nothing thinking, and a lower concern for the future consequences of one’s actions. Many suicide attempts occur during binge drinking. ”

If you or a loved one is on the verge of Suicide don’t hesitate to one of these resources to help them:

Alcohol and suicide has some main risk factors to be wary of, especially if you or a loved one is in this type of danger. These risk factors include personal loss, legal trouble, occupation trouble, history of violent abuse, family alcoholism, past suicidal attempts, and access to firearms, among many others.

Alcohol is the 4th leading cause of death in the US, and suicide is the 10th. For every suicide, 25 attempt. If you or a loved one is experiencing alcohol abuse, suicidal thoughts, or the combination thereof, seek immediate assistance. Nobody is too busy to get help. Help is right around the corner.