The link between alcohol and domestic violence is not shocking.  The feelings of anger, volatility, hostility, aggression and violence associated with alcohol abuse provoke abuse in spouses capable of or already engaging in abuse. The same is true for both male and female abusers, and the facts are astounding.  The Journal of the American Medical Association recently unveiled in a report that 92% of domestic abusers were abusing alcohol not just in their lives but at the time of the incident.  Out of all domestic abusers, 61% of them have a substance abuse problem, according to the Department of Justice.  The World Health Organization published that 11% of all homicides were cases of domestic violence.  While it may be apparent domestic violence and alcohol abuse are related, there must be reasons why these two terrible things are intertwined. 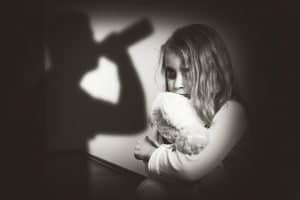 ONE FEEDS THE OTHER

No proof exists that alcohol abuse causes domestic violence, and proof never will exist for that claim, because it is false.  Domestic violence is learned, not something natural to the modern human being.  Alcoholism is an acquirement from prolonged heavy drinking.  One does not cause the other.  However, if a spouse is already abusive and then acquires an alcohol dependency, it is safe to say the abuse will worsen.  Also, if a spouse with an alcohol dependency begins to commit domestic violence, it is safe to say the alcohol will be a trigger for such abuse.

Alcohol affects the user’s ability to perceive, and it can be argued that when drunk, an abusive spouse is less likely to correctly interpret the other’s words or actions.  Alcohol also can make the user sense a personal power over others.  This increased need for control can make a domestic abuser lash out.  Conflict over alcohol use itself can make the abuser agitated, and studies show the socioeconomic impact of alcohol abuse can create domestic unrest.  In other words, the constant need to physically purchase, obtain, and then consume the alcohol can lead to dispute, and for a domestic abuser, dispute is the highway to abuse.  Also, spouses being abused may in turn start abusing alcohol alongside their partners.  Oftentimes the abused spouse feels there will be safety in joining.  This can cause an alcohol dependency to develop in both parties, which spells disaster for an already abusive relationship.

WHY THE VICIOUS CYCLE? (And how to stop it…)

Preventing and ultimately stopping domestic violence will take further education and families breaking the cycle of it.  The same goes for alcohol abuse.  However, as researched by the Tennessee Association of Alcohol, Drug, and other Addiction, already violent men are three times more likely to abuse alcohol (or other drugs).  As discussed, alcohol abuse puts a financial strain on a family, as well as changes the behavior of the abuser.  The stress that comes from all of this is not dealt with, and produces more of a need to drink/abuse.  If a spouse attempts to stop the abusive other from consuming alcohol, this often triggers violence.

Oftentimes the abuser will blame the alcohol for violent outbursts.  There is no medical proof that alcohol causes abuse.  If this were the case, every drunkard would be battering his or her partner.  However, the blame on the alcohol is a form of guilt, which when bottled up turns to stress, and ultimately leads to more abuse.  This vicious cycle needs to end.