Health Benefits of Alcohol are False (& It Gets Worse) | Quit Alcohol

Health Benefits of Alcohol are False (and it gets worse)

Many people believe that light drinking has health benefits. The most common belief is that a glass of red wine on occasion will help the heart. A component of red wine, called resveratrol, is widely believed to reduce the risk of heart disease. Beer is also thought to have health benefits when consumed in moderation. Men’s Health magazine, a pinnacle of health in the male community, even gave us ten reasons a glass of beer is healthy.

People have held this to be true for quite a long time, and with good reason. The majority of scientists agree with the idea that light drinking can be healthy. A major contributor to this science is Dr. R. Curtis Ellison of the Boston University School of Medicine (BUSM). His research is among the most referenced when claiming that moderate drinking is healthy.

A Wineglass a Day Keeps the Doctor Away? 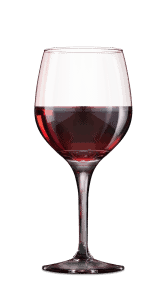 Dr. Ellison has believed and promoted the supposed health benefits of alcohol for well over fifteen years. In 1991, he appeared on the television show 60 Minutes to promote moderate red wine consumption, saying it reduced the risk for heart disease. Two years later, Dr. Ellison wrote a peer-reviewed paper for the American Council on Science and Health, titled Does Moderate Alcohol Consumption Prolong Life?

In its summary, he writes: “Through the ages, conventional wisdom has been that the moderate intake of alcoholic beverages is consistent with a long and healthy life. Data from epidemiologic studies within recent decades demonstrate that death rates from coronary heart disease are lower among consumers of small to moderate amounts of alcohol than among non-drinkers.”

Dr. Ellison even lists some of the supposed benefits of moderate drinking:

Then, over two decades later, in 2014, Dr. Ellison supported his beliefs at a Boston University debate. His opponent was Dr. Richard Saitz, a professor of medicine also with BUSM. Dr. Saitz cited all the common health risks associated with alcohol, along with the fact that 60-80% of Americans already drink.

Dr. Saitz also cited a relatively recent study which showed that alcohol causes up to ten types of cancer, regardless of consumption level. Nearly 6% of worldwide cancer is attributable to alcohol, according to the study. Those at highest risk are those who abuse alcohol, and the risk increases with consumption. Jennie Connor, an author of the study, said the so-called ‘benefits’ of light to moderate drinking are “…irrelevant in comparison to the increase in risk of a range of cancers.” Connor goes on to say that there is literally no safe level of drinking.

Why does Dr. Ellison continue to promote moderate alcohol use? Chances are he truly believes what he’s preaching. However, there’s also a good chance it’s because alcohol companies have been funding his research since the beginning… and he’s not the only one, either.

In a report on alcohol possibly causing cancer, Wired magazine brings to attention an article published in the summer 2014 issue of medical journal Addiction. (The actual issue is available here, but requires a subscription.) The article mentions how Dr. Ellison received “unrestricted educational donations from the industry.” According to Wired, “That money had supported his work at BU, along with his leadership of a peer group that wrote positive reviews about studies highlighting the potential health benefits of drinking.”

Would ‘the industry’ expect anything less?

Addiction has called out other friendly relationships between the alcohol industry and alcohol academics. The single biggest lobbyist for the industry is a trade organization named the Distilled Spirits Council (DSC), which commonly works with researchers. Samir Zakhari, former director of the National Institute of Alcohol Abuse and Alcoholism, even went so far as to work for the DSC upon retiring. Was he recruited?

Fox News published an article about five months ago, reporting that the benefits of alcohol have been exaggerated. “The science behind much of the research is also allegedly flawed,” claims the article. The main reference is a recent study published by the Journal of Studies on Alcohol and Drugs, which brought to light some truly eye-opening information.

The study was actually known as a meta-study – a study of previously performed studies. The researchers analyzed 87 previous studies on drinking alcohol and associated deaths. According to Fox News, “Most of those examined didn’t account for medical reasons that may have pushed abstainers to avoid alcohol. That caused an exaggeration in the benefits seen with a moderate drinking level.”

These people are known as “sick quitters.” They are either too sick to drink alcohol, are allergic to alcohol, or are former alcoholics who no longer drink. Of the 87 studies, a total of 74 were thought to be critically flawed. This essentially means an entire rewrite of the benefits of alcohol, or lack thereof, is necessary.

“The 13 studies that did account for abstainer bias found no health benefits associated with drinking,” reports Fox.

The reports of alcohol having health benefits are paid for the alcohol industry. The data showing alcohol to have health benefits is skewed. Well over half of America already consumes alcohol regularly. Alcohol has been shown to cause cancer, even in moderate amounts. Isn’t it time to make that rewrite? Isn’t it time to stop telling people that moderation is the key to alcohol? America is still being stubborn, while last year the UK made some major changes.

Changes in the United Kingdom

The following is a quote directly from the website of the UK government. It’s a bit long but worth the read:

“New guidelines for alcohol consumption, produced by the UK Chief Medical Officers, warn that drinking any level of alcohol increases the risk of a range of cancers. This is supported by a new review from the Committee on Carcinogenicity on alcohol and cancer risk.

“It is now known that the risks start from any level of regular drinking and increase with the amount being drunk, and the new guidelines are aimed at keeping the risk of mortality from cancers or other diseases low. The links between alcohol and cancer were not fully understood in the original guidelines, which came out in 1995.

“This review also found that the benefits of alcohol for heart health only apply for women aged 55 and over. The greatest benefit is seen when these women limit their intake to around 5 units a week, the equivalent of around 2 standard glasses of wine. The group concluded that there is no justification for drinking for health reasons.”

Well there you have it! The UK government listened to the latest data. Significant changes were made to their drinking guidelines, available to see here. Any and all health benefits from alcohol were removed from the literature, aside for the exception named above. Most important is the last line. There simply is no justifying alcohol consumption with health.

Things in the US are a little different. While many are advocating for change like that in the UK, good old American capitalism has the alcohol industry ‘foaming’ at the mouth.

Changes in the United States

When Dr. Ellison went on 60 Minutes back in 1991 and said that red wine benefitted the heart, sales shot up 40 percent. The alcohol industry benefits greatly from studies showing the supposed healthiness of their product. That’s why they fund the research. In the giant alcohol market of America, the last thing industry members want to do is tell people these ‘benefits’ don’t exist.

Still, after all of this extremely important data has come to light, at least one major change has been made. The Department of Health and Human Services removed language from their alcohol guidelines regarding light drinking lowering the risk of heart disease. While a far cry from telling us there are no benefits to drinking, like in the UK, at least something happened.

The alcohol industry wants it to stop there.

According to an article published by Wall Street Journal, alcohol companies are ‘on the offensive’ when it comes to the benefits of moderate drinking. Public health officials who previously agreed with Dr. Ellison and his school of thought are changing their minds. This is “causing ripples through the alcohol industry,” and has now become a “multimillion-dollar global battle.”

The industry fears losing its “health halo.” Maybe it’s time they do.

Somehow, nearly everything involving the government seems to be about money. Why does our health have to be part of it? How many more people have to die? Alcohol already kills 88,000 people every year. Lying to us about health risks and backing it up with biased, skewed information on top of it – that’s inhuman. The alcohol industry is well aware of how well they’re doing, meaning they know how much we drink. Why sprinkle “health benefits” into the mix?

Now, listen. All of this doesn’t mean you can’t have a few drinks (responsibly) now and again. Healthy moderation is the key – from alcohol to gummy bears. There is a thick line between alcohol abuse and enjoying alcohol maturely, just as there’s a thick line between a handful and the whole bag. What all of this does mean is we need to be more careful and aware of our drinking habits, especially if drinking with any regularity whatsoever.