HELP FOR Myself
Help For a Loved One
RecoveryCan You Improve Your Mental Health by Giving Up Alcohol?

Can You Improve Your Mental Health by Giving Up Alcohol? 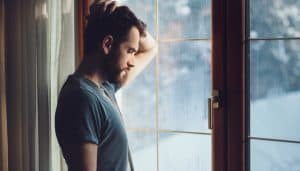 Alcohol Use Disorder is frequently seen across the United States, but AUD and its companion conditions aren’t the only causes of alcohol-related issues. According to the statistics of the National Institute of Alcohol Abuse and Alcoholism 2015 survey, 56% of American adults aged 18 or older have reported drinking in the past month. While many of them probably wouldn’t be described as alcohol abusers or people affected by AUD, alcohol might still be affecting them in unpredictable ways.

Some studies conducted over the years have suggested that moderate consumption of alcohol, especially drinks like red wine, could have some health benefits and wouldn’t be harmful to most people. However, something else is being called into question recently: how does alcohol affect our mental state?

The first thing most alcohol consumers get confused about is what constitutes a moderate amount of drinking, as well as what a standard drink is. Social drinking is another factor that plays a big part in how people end up drinking more than is recommended. But what is recommended?

Glass is not necessarily a good measure of how much alcohol you’re consuming. It depends on what drink(s) you are having and their alcohol content. Even a glass or a can of beer could be considered more than a standard drink, depending on whether its alcohol content exceeds 5%. When trying to calculate how much you’ve had, always think in terms of alcohol content.

Here’s the definition of a standard drink, according to the National Institute of Alcohol Abuse and Alcoholism:

Individuals within these limits are still at some risk of developing AUD, but it’s low. However, recent studies have indicated that there may be a connection between drinking and mental well-being.

Is There a Link between Mental Health and Consuming Alcohol?

Alcohol does affect the mental well-being of individuals suffering from AUD, but the connection between moderate drinking and mental health has been left mostly unexplored. As it seems, doctors should exercise caution when recommending moderate drinking for some of its benefits, because it might have an adverse effect on mental health that was previously unknown.

Studies Examining the Connection between Mental Well-being and Alcohol Consumption

The most interesting and relevant study exploring the connection between mental well-being and moderate alcohol consumption was conducted at HKU by the FAMILY Cohort. The researchers collected the data from 10,386 participants of various ages and alcohol drinking habits.

Women made up the majority of the participants, with 56%, and the mean age was 49 years. When it comes to drinking habits, 88% of female participants were nondrinkers — a classification that included both those who’ve always abstained from drinking, and those who were former drinkers. In men, the percentage of nondrinkers amounted to 64%.

The study took place between 2009 and 2013, and the effects of alcohol on mental health were measured in two waves. There was a similar survey performed at the same time, looking at 31,079 participants, so the researchers compared the data they got.

The mental health of the participants was assessed with a 100-point scale. After the results came in, the researchers calculated that women who have quit drinking had a 1.44 point average improvement in mental health when compared to abstainers. The results didn’t change depending on smoking and socioeconomic status or body mass index.

Would It Be Best to Quit Alcohol Altogether?

According to Dr. Michael Ni, one of the researchers leading the study, lifetime abstainers from alcohol have better mental health than those who consume it, even in moderate amounts. The results of the study also clearly suggest that it’s possible to improve one’s mental well-being just by quitting alcohol.

So would it be better to quit altogether?

For individuals who struggle with their mental health, it certainly would be — at least according to the FAMILY study. It suggests that it’s possible to achieve the mental well-being of lifetime abstainers even for those who were drinkers in the past. And regardless of the scale of improvement, it is an improvement, which is often a welcome thing for individuals who need help getting their mental health and well-being to an optimal level.

Doctors have long been suggesting moderate drinking as a part of a healthy, balanced diet. This is unsurprising, as there have been studies supporting the claim that consuming alcohol in moderate amounts could have a beneficial effect on our health.

However, the effect it could have on our mental health was not researched in enough depth to draw any definite conclusions. There have been studies recently that seem to prove that there is a connection between drinking and mental well-being, and it isn’t a positive one.

Even individuals who drink moderate amounts of alcohol are at slight risk of developing AUD later in life if their habits continue or escalate. With the knowledge that alcohol can also affect our mental state negatively, it’s best to avoid it as much as possible.

Find An Alcohol
Rehab Near Me

Get Free Help Finding a Reputable Alcohol Treatment Center Near You.