Does the phrase parity legislation mean anything to you?

If not, it is time to pay attention to how this has impacted millions of people throughout the United States.

In short, parity legislation disallows insurance companies from limiting coverage related to substance abuse treatment, when compared to other conditions. Subsequently, the number of people seeking treatment has increased.

According to a study by the Rollins School of Public Health at Emory University, treatment rates increased by nine percent following the implementation of any state mandated parity law.

Are all States Equal?

It would be simple if parity laws in each state were exactly the same. However, this is not the case now and probably won’t be anytime in the near future.

The History of Parity Laws

Let’s go back in time to 2008 when the first federal parity law was enacted. At that time, 26 states had their own legislation related to substance abuse treatment. Of these states, the following 10 enacted laws between the years of 2000 and 2008:

As expected, the provisions from state to state varied. Some states decided on full parity, which required insurance companies to provide treatment and for limitations to be the same as with traditional medical coverage.

On the other side of things, there were states requiring parity only if the insurance company decided to coverage substance abuse treatment. This is known as parity if offered.

Of course, there is a third group that took a stance in the middle of the others. In these states, coverage was made available for some treatments but allowed insurance companies to increase copays and adjust limitations as they see fit.

The Emory University study focused on data provided by the National Survey of Substance Abuse Treatment Services. It addressed treatment rates in states that implemented new laws as opposed to those that did not make any changes from 2000 to 2008.

The results were interesting, showing that states that enacted new legislation experienced an increase in utilization from 1.45 per 100 population to roughly 1.5.


All in all, the study touched on 49 states with available data. In an overall sense, any type of parity law increased the treatment rate by 0.13 points per 100 population.

The implementation of parity laws has gone a long way in boosting the number of people seeking drug abuse treatment in the United States. 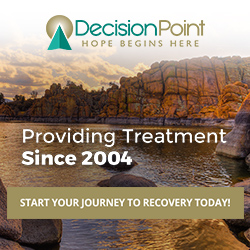