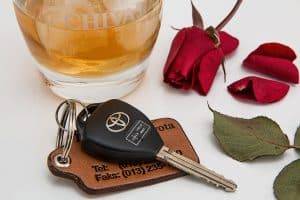 For ages now, taxicabs and buses have been crucial in avoiding drunk-driving. Two reasons they may not be utilized more often are cost and availability. Yes, plenty of taxicab companies offer free rides on certain holidays, and yes most public transportation is inexpensive. However, taxicabs are not available everywhere geographically, and buses only run until a certain time of night. While still no excuse to drive drunk, as there aren’t any, the fact remains not everyone can get a cab or ride a bus.

The plan of ride-sharing companies is to be available anytime and less expensive than taxicabs. Everyday people use their own vehicles to provide rides to locals at a fair cost. Still a relatively new phenomenon, there exist two major companies in the market: Uber and Lyft. Of the two, Uber seems to be taking more of the main stage. Among the many benefits of ride-sharing are lower pollution, creation of more jobs, and also lowering the rate of drunk-driving.

In fact, in 2015, Uber and MADD (Mothers Against Drunk Driving) teamed up to help combat drunk-driving. They together published a report that showed the presence of Uber to be connected to reductions in drunk-driving. According to the report: “In California, Uber’s home state and largest market, drunk-driving crashes fell by 60 per month among drivers under 30 in the markets where Uber operates following the launch of uberX. That’s an estimated total of 1,800 crashes prevented since July 2012.”

The DMV in the state of Virginia has reported Uber to reduce drunk-driving, and Uber Newsroom shows drunk-driving to have reduced in Seattle due to the ride-sharing service as well. It would seem ride-sharing is reducing drunk-driving everywhere by providing safe, available, low-cost transportation.

Uber Does Nothing for Drunk-Driving

Last month, the University of Southern California and Oxford University together conducted a study to determine if Uber truly does reduce drunk-driving. The study focused on the 100 most highly populated counties across the country. The researchers measured the amount of drunk-driving fatalities before and after the introduction (and use) of ride-sharing. The conclusion was that Uber has no impact with drunk-driving statistics, and that in fact there was a 2% overall increase in drunk-driving fatalities.

Directly from the researchers: “We found that the deployment of Uber services in a given metropolitan county had no association with the number of subsequent traffic fatalities, whether measured in aggregate or specific to drunk-driving fatalities or fatalities during weekends and holidays.” How unfortunate.

The study concluded there to be three main reasons as to why Uber has no effect on drunk-driving. One is that because drunk drivers only have a 1% chance of getting caught, perhaps they are just continuing along in their ways. Two is that those inclined to drive drunk may not be rational enough in their decision-making to order an Uber car. Three is that there simply aren’t enough drivers available yet.

Whether Uber helps prevent driving drunk or not, it begins with you. Put those keys in your pocket and take your phone out. You’re getting home safe tonight.