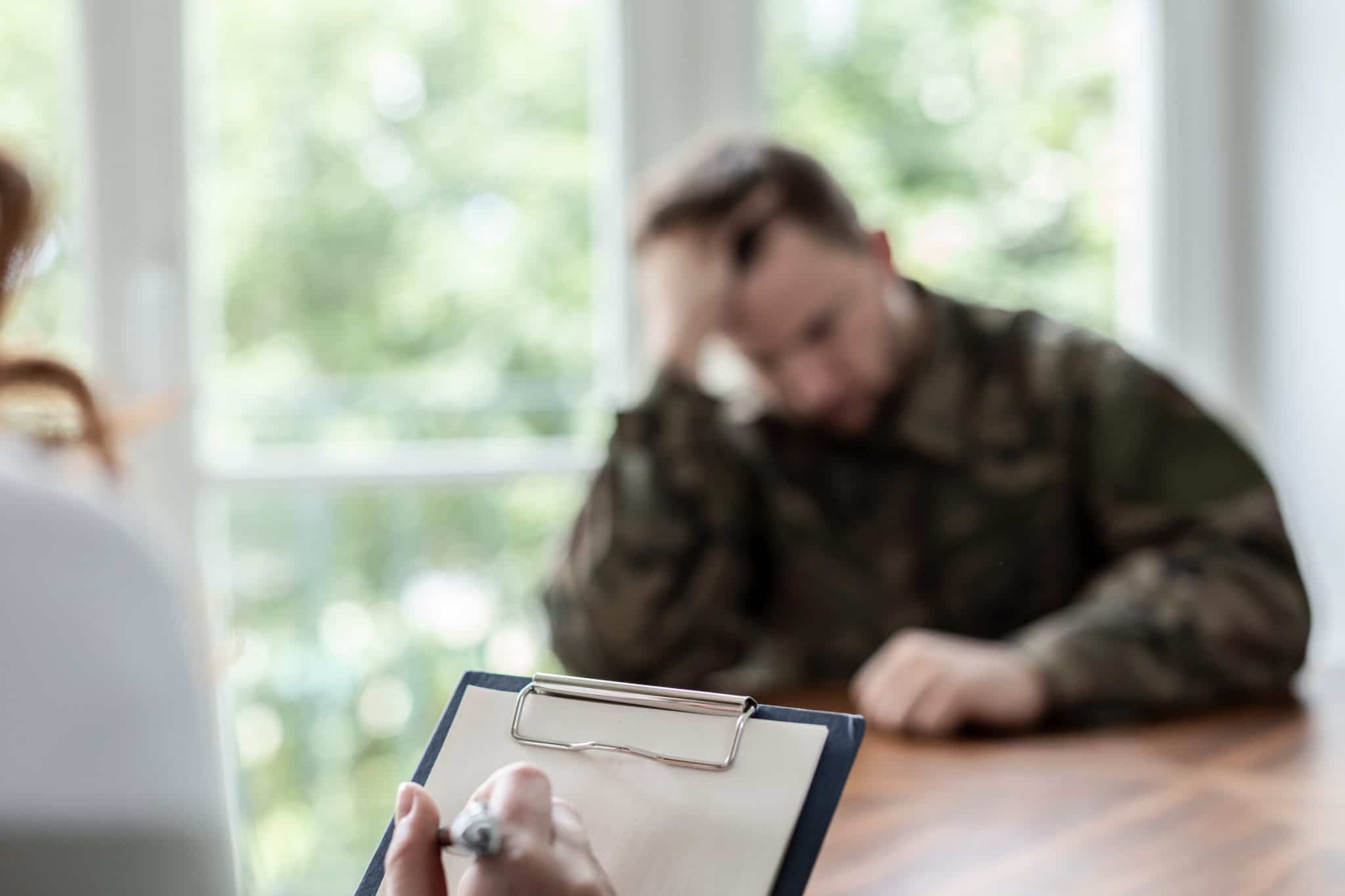 Plenty of insurance providers that cater specially to veterans offer packages that help cover the costs of addiction treatment rehab. However, one in particular stands out, one which in 2017 upgraded its mental health/substance use disorder benefits in massive ways: Tricare. More on this later; let’s focus first on veterans afflicted with substance use disorder(s), and why it can be especially difficult to overcome addiction as military personnel.

What is Tricare Insurance?

Since the end of World War II, a series of changes were made over decades to the way military personnel are covered by insurance for substance use treatment. Around 1997, Tricare was established, able to come to fruition due to the Department of Defense announcing plans for a nationwide healthcare program for veterans. It was decided that the US would be divided into twelve healthcare regions, each with an administration and lead agent. It was called Tricare.

Since then, Tricare has become more and more determined to provide greater access to healthcare for veterans with mental health and/or substance use disorders. In 2017, the aforementioned upgrade to their coverage was substantial – so much so that if you are, or if someone you know is, a veteran with a mental health and/or substance use disorder seeking treatment, Tricare is likely your answer for insurance coverage.

Among others, the upgrades include:

Tricare now boasts 9.4 million beneficiaries being treated in 54 military hospitals, 377 military medical clinics, and even 245 military dental clinics around the world, according to its website. The number of health providers accepting Tricare coverage is constantly on the rise.

As you can see from the list of upgrades above, there are different types of programs offered by rehab centers. It is important to know what they entail, especially as a veteran who may be facing concurrent disorders. Let’s break down the basic types of mental health and/or substance use rehab programs.

What if I am a Vet that qualifies for the Veterans Administration (VA) coverage?

The VA has a Behavioral Health program located in many of the VAMC facilities across the country. Call your local VAMC for details. Additionally, it has been reported that if your VA region does not have a Behavioral Health component, you may be eligible for a voucher to travel and enroll in a private facility that specializes in the care you need. Once again, contact your local VAMC for details. Remember, this is not a policy that they broadcast so you may need to keep asking and calling different administrators within your regional system.

Although grants and aid have become a thing of the past, there are still Veterans organizations that provide care throughout the country. These are difficult to access as they are limited, but, they are there for you if you are a Vet. If you know of any please let us know here at QA so we can list them for other Veterans to access.

All in all, accessing services as a Vet is not an easy task, but it can be done. Don’t give up, push for what you deserve and thank you for your commitment and service to our country!

Before listing program types, it should be mentioned that some treatment centers offer detox only, which is essentially sobering up physically with limited attention focused on the mental aspect. Simply detoxing can be cost-effective, but is generally only recommended as an actual form of treatment for those who are first-time addicts and don’t show signs of potential repeated use. An example might be someone with no history of substance use who was given a legal prescription for opioid-based pain medication, and through a series of unfortunate events began using heroin. A detox could provide this person with sobriety, and given the lack of abusive tendencies, this person could very likely carry on living a sober life. That being said, very few addicts fall into this category. Here are the most common types of treatment programs enrolled in.

Designed for the more severe of addictions, long-term inpatient (AKA residential) treatment consists of round-the-clock care in a home-like facility, generally shared with a group of others. Stays can be as brief as three months or so, or as long as a full year, sometimes longer. There is a fully trained staff available for any and all needs, and plenty of activities designed to build the overall health of patients. When enrolled in long-term inpatient programs, you live at the facility for the entirety of your program, permitted only to leave the premises with the appropriate supervision.

Picture all of the care and amenities of long-term inpatient care, except more intensive, probably in a hospital-like setting, and only lasting 3-6 weeks, generally speaking. Aftercare is recommended at the conclusion of all types of treatment, but most adamantly with short-term inpatient programs. This greatly reduces the risk of relapse after leaving the residential setting.

If you don’t have the wherewithal to live in a treatment facility for an extended period of time, outpatient treatment might be your best option. As opposed to living at the facility, you would attend for a designated amount of time on a regular schedule. There are levels of intensity, ranging from educational meetings or one-on-one sessions to rigorous treatment methods. Usually, outpatient treatment programs can be suited to your individual characteristics and requirements. Also, therapy of some form is often a major component.

In the most severe of addiction cases, inpatient hospitalization is offered, wherein a patient is hospitalized for however long it may take to safely detoxify and recover from the addiction’s withdrawal symptoms, some of which can be fatal. The main idea is actually to transition from hospitalization to a more normalized form of treatment, such as short-term inpatient care and/or outpatient care.

Also known as ‘partial hospitalization’ or ‘intensive outpatient treatment’, this type of program combines the benefits of a hospital-like environment and care level with the benefits of outpatient care, meaning one does not have to take up residence at the facility. Sessions are multiple times a week, sometimes 8 hours long.

A study published in 2017 by the US National Library of Medicine analyzed both the rate of substance use disorders, (SUDs), among veterans and the challenges veterans face seeking treatment. The first two sentences of the study’s summary section hit home: “In summary, veterans demonstrate high rates of SUDs. There is a clear need for the development of novel, more effective, evidence-based interventions to address the health care needs of our veterans and their family members struggling with SUDs.”

Veterans are more likely than civilians to abuse and/or become addicted to substances. Consider the following and pardon the acronyms. Every year, SAMHSA, (the Substance Abuse and Mental Health Services Administration), conducts the NSDUH, (the National Survey on Drug Use and Health). The survey covers a vast array of associated data, one detail being the percentage of Americans age 12 or older who had used an illicit substance in the past 30 days. The most recent data available is from 2016, and it states that 10.6% of said Americans had used a substance in the past 30 days, about 80% of whom had an SUD. This means that approximately 8.5% of Americans had an SUD in 2016.

Now, according to a separate, independent article on the SAMHSA website, the rate of veterans with SUDs has been below 8.6% until September 2001. For those veterans who enlisted in Sept. 2001 or later, the rate of SUDs is a whopping 12.7%. Consider the article’s accompanying graphic, shown below. The pattern is evident. The rate of veteran substance use disorder has been on the rise for decades.

It’s not just the rate of addiction that’s higher among veterans than civilians. To absolutely no surprise, the rates of PTSD and depression are also higher. These two disorders are commonly associated with substance abuse, especially as a form of self-medication. There is a tendency for military personnel to take great pride, which sometimes makes it difficult to seek help if and when addicted. Now imagine this scenario with depression and post-traumatic stress syndrome.

No, not every member of the military becomes afflicted with such disorders, but most if not all of them spend significant amounts of time away from home, usually under stressful conditions. A large amount see wartime and are changed for life. This is why it is absolutely crucial for veteran addicts seeking treatment to choose the correct program – one that is equipped to deal with multiple concurrent disorders. Equally as important is the insurance provider chosen. The company must offer coverage for an array of services, programs, prescriptions, etc.

Compare the top rehabs for veterans