Teen drinking has always been around; it is not a new occurrence. It is however, starting to become a huge issue around our country. Teens are constantly being pressured by their surroundings whether through the media or by their peers. We are seeing more and more youth lives being snuffed out by unfortunate mistakes and circumstances surrounding alcohol. The tools that we need for our future are perishing before our very eyes. Something needs to be done and that something starts with understanding why it is occurring and how can it be stopped. 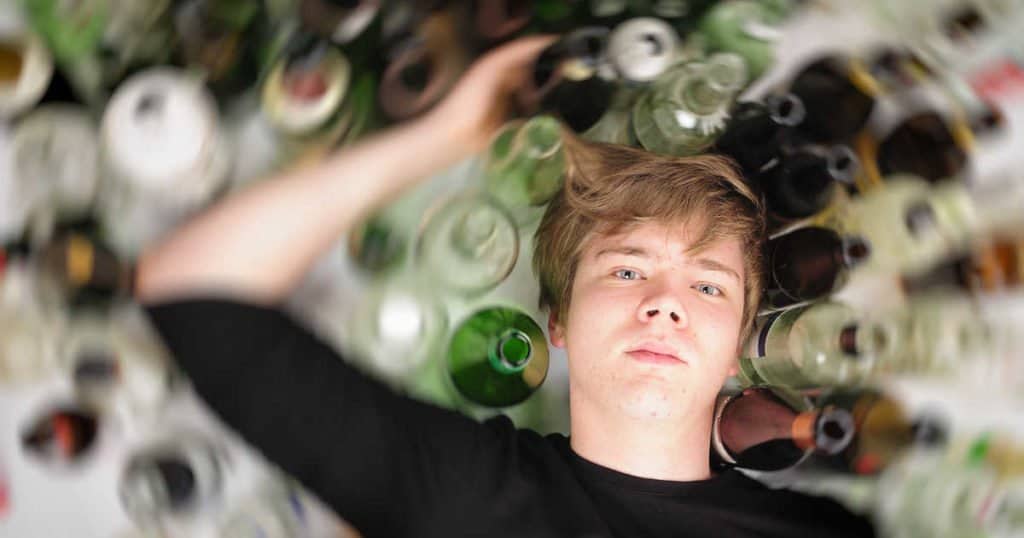 It seems as though underage drinking has been in a lot of news headlines recently; more so than normal. One of the more popular cases heard around the country was that of the death of Beta Theta Pi pledge Timothy Piazza, at Penn State University. To put it in the simplest terms a pledge died after a night of drinking. There is a lot more to it however, that led to this very unfortunate outcome where a young man lost his life.

Beta Theta Pi held a party which included the hazing of pledges for the fraternity. They were forced to consume a great deal of alcohol. This is a very common theme throughout Greek Life. Among the students who participate in social fraternities and sororities, 73 percent of them have experienced at least one hazing behavior. The heads of these organizations need to take responsibility for the safety of its members.

Timothy Piazza participated in these hazing events at Penn State University. Not only was he overly intoxicated but he was neglected when he needed help. Throughout the night of February 2nd, Piazza was seen fall down stairs more than once and off of a couch where he was placed. He clearly needed medical attention but was ignored. The members were scared of the consequences that would happen as a result of the underage drinking and hazing that occurred at the house. Because of this, Piazza was not taken to the hospital till the morning after. By this time he had experienced seizing and internal bleeding, among other things, throughout the night.

The events that occurred on this night are a sign that underage drinking is getting out of hand. Bad decisions are being made that affect more than one person. The fraternity texted back and forth that night, acknowledging that Piazza did in fact need help but was still left to die. And when they realized what they had done, they tried to erase the messages to cover their part in his demise.

Why Teens Look to Alcohol

Why are events like this occurring? It’s because teens are surrounded by an environment that allows alcohol to run their lives. The period of growth that teens are experiencing is one of the most influential times of our lives. A lot of outside factors affect why teens are consuming more alcohol as of late.

Peer Pressure and the Media

The first of which and most obvious offender is peer pressure. Growing up and learning what type of person you would like to become is a very awkward time in our lives. Because of this, teens can be pushed to make bad decisions by bullies or even friends to accomplish what’s expected of them in a social situation. If everyone else is participating, it becomes very hard to say no to something you really do not want to do. The atmosphere of your peers surrounding you can create a hostile environment filled with pressure to fit in. In this situation it may become increasingly difficult to stand up for yourself.

The media has perfected the art of peer pressure. It seems everywhere you look nowadays you can find advertisements for alcohol whether it be on the television or internet, over the radio, or plastered on billboards; alcohol is everywhere. So far a correlation between the idolization of alcohol and underage drinking has not been proven. There has been a correlation between alcohol ads and how youth views alcohol.  A study of 3rd, 6th, and 9th graders showed that is youth viewed the alcohol ads as desirable; in turn they also viewed drinking the same way. Products with alcohol logos across them also seemed to grow in popularity.

Teens are going through one of the most stressful times in their lives. Trying to decide what they want to do with your life and what they have to do to get there. They are developing fast physically and mentally. Physically they are comparing themselves to everyone around them and trying to fit the perfect mold. Mentally they are planning their future. They need to achieve good grades, do extracurricular’s, and make friends. All of this pressure to get into college and make their parents proud can drive them to make bad decisions; sometimes involving drinking.

Another reason that teens may be drinking is their hereditary history. Depending on their genetic makeup they may be predisposed to alcohol dependency. Children that come from a family that already has an alcoholic member are at a greater risk to become alcohol dependent themselves later in life. Children who have an alcoholic in their immediate family are 4 to 10 times more likely to become alcoholics than children with no alcoholic relative. Other behavioral traits such as antisocial personality disorder, poor impulse control, and conduct disorder, are just a few genetic factors that can affect alcohol use at a young age.

Last but not least, some teenagers thrive on testing the limits of their caretakers. Most of us have heard the term “rebellious stage.” This is a common occurrence for teenagers to go through. They are constantly looking for new ways to test their parent’s boundaries. Drinking is one of the most common outlets that teenagers use to test limits. While some of this may be harmless, sometimes your children are just looking for a way to reach you. Through the abuse of substances they are submitting a cry for help, for order in their lives.

While it is important to understand why teens are drinking, we also need to understand just how big of a problem underage drinking is. Because of the implications of teen drinking, they try to hide it as best they can. As a result we may know that it is happening but not be aware of to what extreme. Surveys conducted around the United States give us a better look into the severe and excessive problem that is underage drinking.

By age 15 about 33 percent of teens have had at last one drink, as shown by Studies. This percentage almost doubles to around 60 percent by the time that they reach 18. Yes one drink may not seem like a lot but the impact of this can be great. Studies show that young adults who consume alcohol before the age of 15 are 6 times more likely to develop some form of alcohol dependency later in life, when compared to those who do not. And with 33 percent of teens drinking at least one drink before the age of 15, you know that alcohol dependence can be found in abundance.

When you expand that range you find that this trend can be found in younger and older groups of youth. A 2015 survey taken by the National Survey on Drug Use and Health reported that 20 percent of youth between the ages of 12 and 20, have drank at least one time within the last 30 days. While drinking can mean anything from only one drink to many, 13 percent of these young adults consumed alcohol through binge drinking. Binge drinking is classified as 4 drinks over the course of 2 hours for women; 5 drinks over the course of 2 hours for men.

You may be thinking this age spectrum is broad and the consumption of alcohol could be happening at the opposite end of the spectrum, 18 to 20, more so. This is not the case, necessarily. Monitoring the Future Survey showed us that 10 percent of 8th graders have drank within the last 30 days. Of this 10 percent, half of the alcohol consumed was in the form of binge drinking. Once you look at those statistics and those that correlate early alcohol use to alcohol dependency later in life, it becomes a scary fact that our youth are going to grow up surrounded by a world of alcohol and alcohol dependency.

It isn’t pleasant to hear about young people dying around the country from alcohol related deaths; however, the one thing it does do is spark awareness and action. One of the terrible deaths that occurred was that of Christian Ciametti at Temple University. Christian died at 20 years of age in 2015 from alcohol poisoning. Unlike Timothy Piazza, Christian’s roommates stayed with him, laid him on his side and made sure he did not choke on his own vomit. This was not enough however, and they did not have the right education surrounding alcohol poisoning to recognize he needed real help.

Mary Ciametti, Christian’s mother started the “Don’t Stall, Just Call” campaign as a result of the events surrounding her son’s death. While it is very hard for her to have to talk about it and think about it constantly, she doesn’t want someone else to go through what she had to go through. She travels around speaking at Universities, high schools, and churches. With the power of education she hopes to decrease the vast number of alcohol related deaths.

In 2016, Ciametti and Chris Carey, the director of Student Activities at Temple University, worked together to put up posters and magnets for the organization around campus. Every student is also required to take an online assessment called “Think About it.” This assessment is used to educate students about not only alcohol poisoning but also sexual assault. The campaign has been successful in increasing the number of students that reach out for medical assistance when necessary. In the fall semester of 2016, 58 students called for medical assistance and took advantage of the medical amnesty policy. This is far greater than the grand total of 47 from the complete 2014 school year.

Connecting the Dots: Opportunity for Recovery

The most important step we need to take is that toward awareness. This year’s theme for alcohol awareness month was “Connecting the Dots: Opportunity for Recovery.” Its aim was to create awareness and educate communities around the country about underage drinking. Our future is in jeopardy. Teens and parents need to be aware of the consequences later in life, not only the immediate danger.  Parents need to take an active role in their children’s life, no matter how uncomfortable that may make them.

Through educating your children you can prevent and deter them from using alcohol and drugs. Fifty percent of children are less likely to use alcohol or drugs when educated by parents about the risks associated with them, compared to those who do not. If you are not sure what programs or organizations are available in your area, check online and there are a plethora of websites to assist you.